The Wildean aphorism has become an artform, one that The Oscar Wilde Society celebrated with our second Wilde Wit Competition, run with The Oldie.

The contest received more than 500 entries this year, each of them an attempt to conjure forth the wit for which Oscar is duly famous. Nearly 100 Society members voted to determine the winners, from a shortlist determined by the committee.

The winning entry came from Darcy Alexander Corstorphine in the UK — who also won our contest last year. (The person who runs the contest, Darcy Sullivan, insists that their shared first names are a coincidence!) His winning entry: 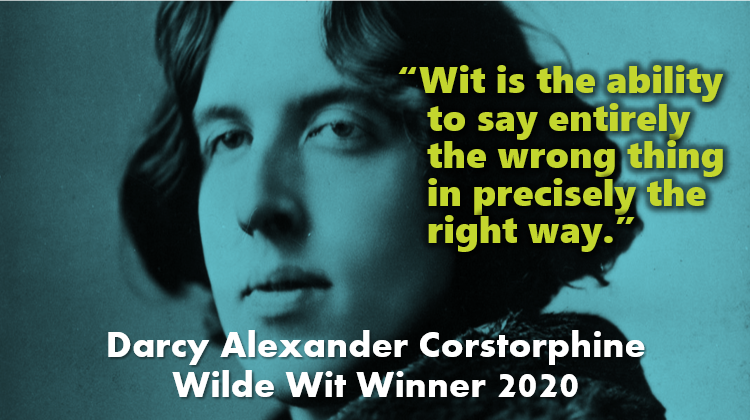 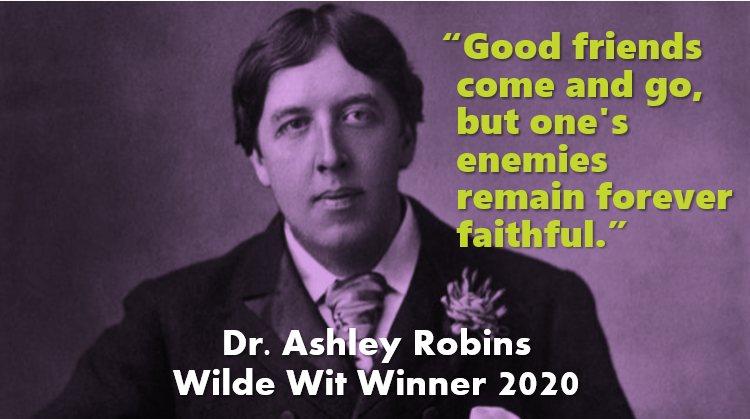 Dr. Robins, in fact, had suggested that we include the members in the voting process, which improved the contest!

Third place, an entry from Bill Stevens in Canada, was: 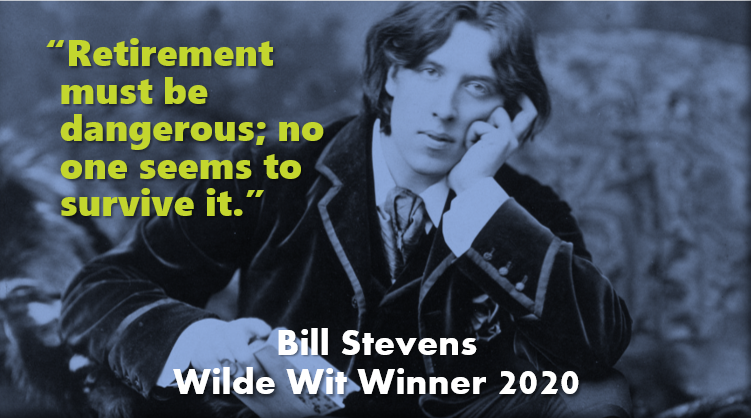 Now here’s a strange coincidence: Third-place winner Bill is Oscar’s third cousin, thrice removed! They are related through Cadwallader Waddy (1720-1774). Oscariana editor Aaron Eames points out that there is another coincidence here – Oscar was prisoner C.3.3 in Reading Gaol. (C stood for cell block C, not Cadwallader.) Here’s Bill in Dublin with his distant cousin: 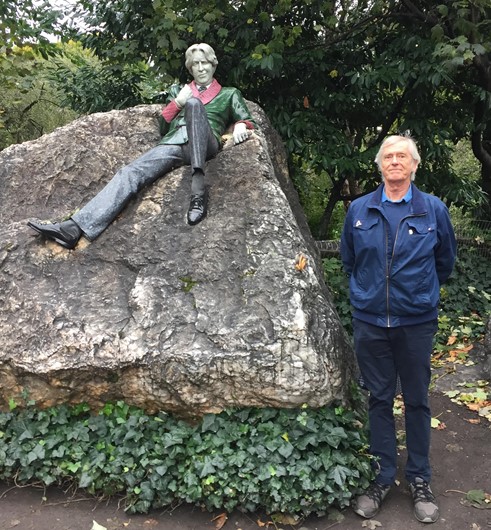 As you may have noticed, our three winners were from three different continents, which shows how global this contest is.

All three winners received an autographed copy of Wildeana, the new collection of Oscar’s sayings selected by Matthew Sturgis, honorary patron of the Oscar Wilde Society and the author of Oscar: A Life.

Watch the videos of the winning entries, recorded by honorary patrons Gyles Brandreth, Stephen Fry and Eleanor Fitzsimons, as well as a video of other favourites read by committee members – all on our YouTube channel. And don’t forget to subscribe to the channel!

Thank you to all the contestants – your witty entries gave us great pleasure!

If Wildean wit tickles your fancy, consider joining the Oscar Wilde Society, where members explore the many sides of Wilde through events, performances and regular publications.

Members also receive three publications, including our peer-reviewed journal The Wildean, which contains original research and articles by Wilde scholars and experts.

Learn more on our membership page.