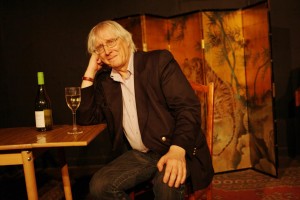 Neil Titley has been writing, acting, and directing solo shows for over 40 years, in particular his well-known performance as Oscar Wilde, in his own play ‘Work is the Curse of the Drinking Classes’. This show has been performed in hundreds of venues across the world, including the USA, India, Hong Kong, Uruguay, Zimbabwe, Bahrain, and Ethiopia.
He wrote ‘A Subversive Encyclopedia of Victorian Anecdote’, ‘The Oscar Wilde World of Gossip’, and his play on GB Shaw ‘Shaw’s Corner’ was televised in over 20 countries.