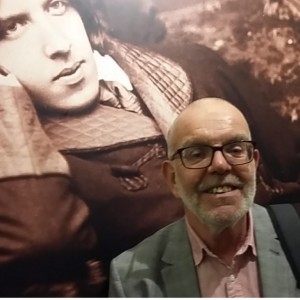 Geoff became fascinated by Wilde when he was 15 years old and bought his first Wilde book when 16. He has carried on in a similar fashion for 50 years. He joined the Society around its foundation and had his first article published in The Wildean in 1993. His study of Wilde’s UK lectures – Oscar Wilde, A Vagabond with a Mission – was published by the Society in 2013. He lives in West Yorkshire and can directly trace his family tree back to a thirteenth century family of yeoman lead miners high in the Yorkshire Dales.
Contact Geoff.